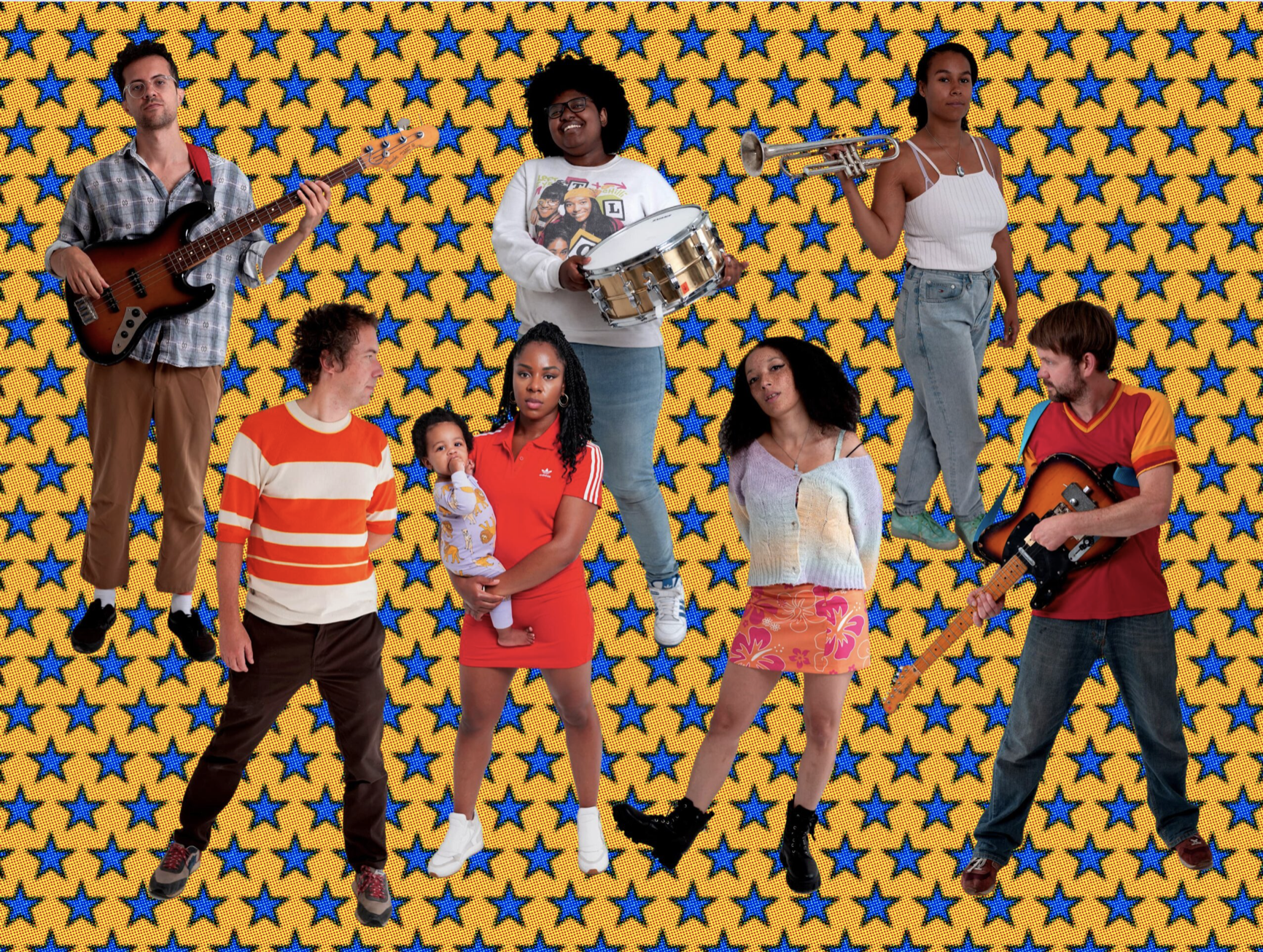 ‘the UK group is still throwing block parties for a utopia where time and genre collapse.’ – Pitchfork
‘The Go! Team are a band with nothing to prove.‘ – The Line of Best Fit


Over their six albums The Go! Team have taken sonic day trips to other lands – musically dipping into other cultures. But now on this, their seventh – they’ve bought a round-the-world ticket…. Benin, Japan, France, India, Texas and Detroit – all stops along the way.

Wildly different voices from wildly different cultures side by side but all still sounding unmistakably Go! Team. Setting the course for a kaleidoscopic, cable access, channel hop.


Picking up from 2021’s “Get Up Sequences Part One”, Part Two continues the feeling of Technicolour overload. “A feeling that there is so much good shit out there that you are grabbing it all at the same time. The record is saying: “Look at this. Look at this”. When you listen to it I just want the saturation of the world to be turned up”. Simultaneously messy and tight, chaotic and coherent both albums have an obsession with the power of a bassline and a backbeat. “For me each successive Go! Team record just gets fucking groovier and for me grooviness is life”, Parton says.


Eighteen years after their debut LP The Go! Team are still unlike anyone else and on “Get Up Sequences Part Two” they sound as fresh as a club soda.


An evening of classic hits and new tunes to get your feet moving awaits you!